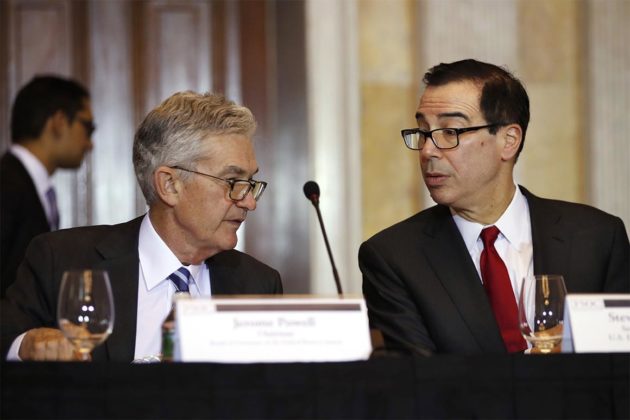 The crypto community is still reacting to US Treasury Secretary Steve Mnuchin’s recent commentary on bitcoin and its brethren. The asset itself reacted strongly with a 6% pump on the day and many have taken the positives from the speech, some claiming that it is ‘wildly bullish’.

Bitcoin as a Store of Value

The rhetoric was to be expected, politicians and bankers still see bitcoin as a tool to do bad things. In reality it is no different to cash or any other commodity that can be transferred beyond the gaze of prying eyes. The vast majority of crypto users are not criminals, drug traffickers or money launderers, yet the whole space keeps getting this deleterious label because bureaucrats don’t understand it and consequently fear it.

A number of industry observers have taken the positives out of Mnuchin’s commentary which echoed the words in president Trump’s recent crypto tweet. Ikigai Asset Chief Investment Officer, Travis Kling, noted that both the Treasury Secretary and the Fed Chairman agree on bitcoin’s status as a store of value.

The Chairman of the Fed and the Treasury Security both agree that Bitcoin is a speculative store of value. Both of them, along with the President, agree that Libra and Bitcoin are two very different things. Wildly bullish.

The Chairman of the Fed and the Treasury Security both agree that Bitcoin is a speculative store of value.

Both of them, along with the President, agree that Libra and Bitcoin are two very different things.

Co-founder and partner at Morgan Creek Digital, Anthony Pompliano, looked at it from a different angle in that US regulators are fully open to bitcoin and crypto providing operations are carried out legally and transparently.

Treasury Secretary Steve Mnuchin basically told everyone to follow the rules and not doing illegal things with Bitcoin or crypto. Sounds like a green light for those who want to do things the right way.

Treasury Secretary Steve Mnuchin basically told everyone to follow the rules and not doing illegal things with Bitcoin or crypto.

This sentiment was echoed elsewhere on crypto twitter with comments such as these from other industry observers:

wow. @stevenmnuchin1 says just said “i’m not speaking on the investment merits of bitcoin, and using it for speculation. i am speaking on stopping illicit financial activity.

this is a non-political situation.

my jaw is on the floor!

Libra Is A Bigger Threat Than BTC

It appears that the US Treasury is more concerned over Facebook’s ambitions to dominate digital finance as it has done with data. Mnuchin stated:

“With respect to Facebook’s Libra and other developments in cryptocurrencies, our overriding goal is to maintain the integrity of our financial system and protect it from abuse.”

A mammoth data farm and internet monopoly with over 2 billion users effectively starting its own bank is bound to rustle a few feathers. If anything, Facebook’s insatiability has shed a better light on bitcoin as nobody owns or controls it, making it the total antithesis of Libra.

Was the recent speech bullish for bitcoin? Add your thoughts below.