Home
Bitcoinist
Ethereum Narrowly Avoids a Breakdown; Here are the Levels to Watch 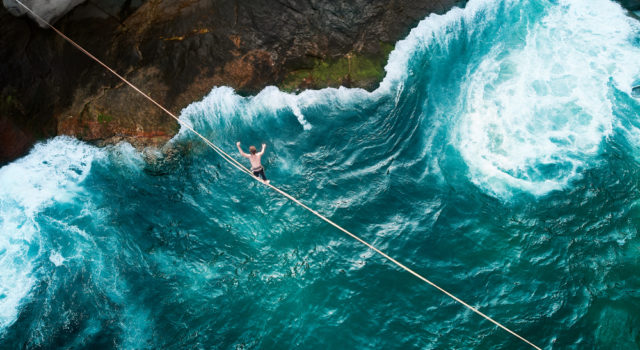 Ethereum and the entire cryptocurrency market faced some turbulence yesterday as Bitcoin declined beneath its range lows of $9,000
This movement proved to be short-lived, as the buying pressure found here quickly propelled the cryptocurrency back up into its long-held trading range
Although this hasn’t provided the markets with any clear direction, it did allow ETH to narrowly avoid posting a major breakdown
The second-largest crypto was able to bounce at a critical support level, although it still remains in peril of seeing further losses

Ethereum has remained firmly within its long-held trading range between $230 and $250, with this range holding strong over a multi-month period.
It does appear that both the lower and upper boundaries of this range still remain incredibly strong, as ETH rallied up to $250 just a couple of days ago before posting a harsh rejection at this level.
Last night, it then reeled down to just below the lower limit of its range, at which point it was faced with massive buying pressure that helped guide it higher.
How it trends next may depend on its reaction to an imminent options expiry set to take place tomorrow.
Ethereum Maintains Trading Range as Volatility Looms
At the time of writing, Ethereum is trading down just under 3% at its current price of $233.50. This marks a notable decline from its recent highs, but a rebound from lows of sub-$230 that were set yesterday evening.
Its recent turbulence has come about in tandem with that seen by Bitcoin, which plunged beneath $9,000 last night due to a sharp influx of heavy selling pressure.
Because ETH has been generally tracking the benchmark cryptocurrency’s price action – especially during bouts of downwards momentum – whether or not it continues defending its range-low support at $230 may depend on BTC.
One factor that could catalyze some volatility for Ethereum is the imminent expiry of nearly $100 million worth of ETH options contract on Deribit.
Many analysts do believe that this event will shape its market structure, as options traders may close their positions early in order to avoid risk.
“Our option stats: Crypto market total OI: $1.96 billion. Deribit Option market total OI: $1.4 Billion. BTC June 26th OI: 73,634 contracts worth $675.3 million. ETH June 26th OI: 308,635 contract worth $71.4 million,” Deribit noted.

Data via Skew
ETH Bulls Defend Key Support; Levels to Watch
Last night’s price movement also marked a defense of a key support level sitting at roughly $229. Analysts believe that a break below this support would open the gates for a test of its crucial support at $220.
If this level is broken at any point in the near-term, ETH could see massive losses. It does, however, remain strong so long as it trades above it.
“ETH LTF Update: First initial test looking promising, can bulls hold?” One analyst questioned.