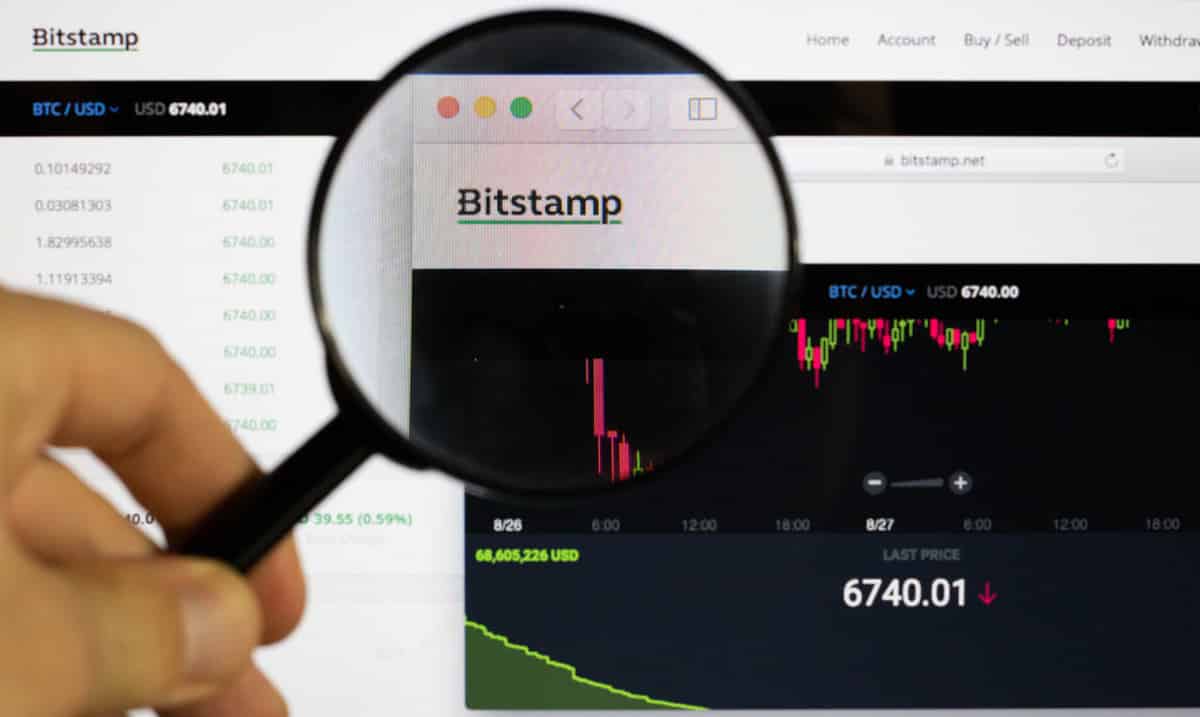 One of the leading crypto exchanges BitStamp took to Twitter to apologize to its followers because of the controversial Messari Report that it published on its platform. The controversial report in question was written by Messari co-founder Ryan Selkis and took a dig at many altcoins including XRP, XLM, and all the Bitcoin Forks.

1/3 Yesterday we posted a syndicated report by Messari, parts of which contained language and content that does not reflect Bitstamp’s views or values. We would like to apologize for that.

The controversy around the crypto report is not as much about them as it is about the language used for these altcoins. Bitcoin proponents often refer to altcoins as “shitcoins,” primarily because they see bitcoin as a truly decentralized currency. The report calls XRP a “toxic waste” while address Bitcoin forks as a “complete waste.”

While discussing XRP, the report noted that  XRP and XLM pumped in November but that was primarily because they are old digital currency and many investors belive it would stay in the market. Describing these altcoins the report noted,

These are toxic assets propped up by regulatory capture, and they go against everything that got me into crypto. 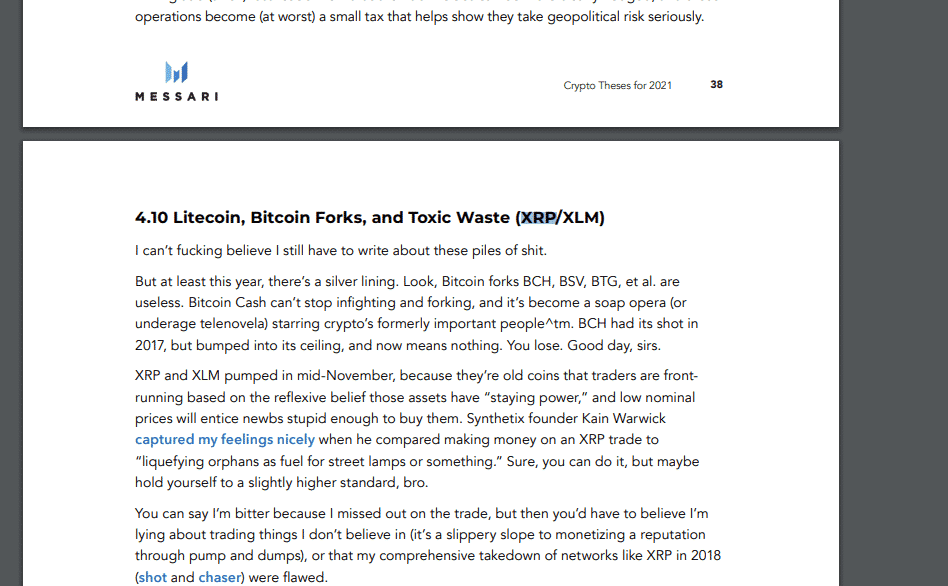 Selkis who authored the report claimed that he is aware of his biases, however, given a chance he won’t change anything on the report.  He responded to the Bitstamp tweet saying that he is thankful for BitStamp’s support and feels disappointed that they are in this position.

Looks like I’m getting my mouth washed out with soap.

I want to thank @Bitstamp for their support, and it’s disappointing to see them take heat for supporting the 2021 Theses.

I regret that they’re in this position. https://t.co/IePrIC17BC

Selkis while responding to one Twitter about his bias but his judgment towards XRP was totally based on the work he has put towards understanding XRP. He said,

XRP was one of the most inactive tokens before its recent November burst seeing its price almost tripled in just a couple of days reaching the $0.90 mark on Coinbase. However, it could not hold onto those gains for long and currently hovering around $0.56 and looking to reenter the $0.60 range.