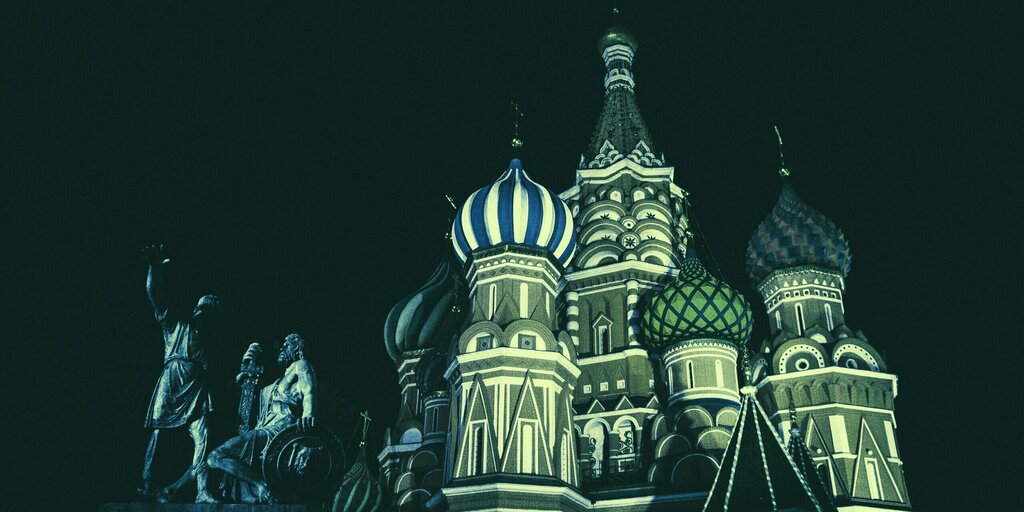 Russia’s opposition leader Alexei Navalny’s movement has received 658 BTC in donations since 2016 to mount a campaign against incumbent strongman Vladimir Putin. At today’s price, that Bitcoin is worth $32 million.

And Navalny received 6.242 BTC, now worth $304,000, in donations this year alone. Political analysts told Decrypt that Bitcoin donations provide a lifeline for democracy activists in Russia and remain a useful tool to subvert authoritarian governments.

However, Navalny’s campaign sent most of that Bitcoin to other wallets, meaning it could have been spent long before it could accrue value; the wallet’s current balance is worth about $300.

“In authoritarian regimes like Russia,” Alex Gladstein, Chief Strategy Officer at the Human Rights Foundation, told Decrypt, “the government has total control over the banking system, but doesn’t control Bitcoin.”

Who is Navalny and how much money has he received?

After Navalny spent five months recovering in a hospital in Germany, the Russian government arrested him upon his return to Russia on January 17, leading to protests in the country demanding his release.

Since his arrest, the wallet has spiked in Bitcoin donations, as first picked up by the cryptocurrency website Protos and reported by Reuters. A supporter donated one whole BTC the day after Navalny’s return.

Gladstein said that the surge in Bitcoin donations reflects the general interest in Bitcoin and “the outrageousness of Putin’s actions against Navalny,” referring to the poisoning and his imprisonment.

The Bitcoin donation surge also follows a recent crypto liberalization in Russia—as of January 1, crypto is legally tradeable but can’t be used as an everyday currency.

Despite the recent liberalization, the Russian government has generally pursued a particularly tough policy on crypto that involved jail sentences for crypto holders to bans on crypto-related websites, such as crypto exchange Binance.

“This follows the—now largely justified—view of the government that crypto presents a threat to the status quo,” Filip Rambousek, a London-based political analyst specialized in Eastern Europe, told Decrypt.

Leonid Volkov told me cryptocurrencies like Bitcoin act as a “deterrent” against the authority’s attempts to block Navalny’s fundraising
“Since officials realize that they can’t block our fundraising through Bitcoin, they are less encouraged to block our other channels too”

“They can’t stop it, can’t censor it, have trouble linking Bitcoin activity to real-world IDs, and, perhaps most importantly, can’t devalue it,” said Gladstein.

Dmitry Buterin, the father of Vitalik Buterin, Ethereum’s co-founder, told Decrypt last week that he has made a plea to the Ethereum community to donate to Navalny’s movement.

“Putin met Vitalik Buterin in 2017, and there was a sentiment among some that Russia could go big on crypto,” said Rambousek, “but none of that has happened or is likely to happen.”

Last week, Vitalik’s father told Decrypt, “Putin is KGB, and those are the people who tortured and killed millions of Russians and Ukrainians. Can we trust him?”

Unlike many other authoritarian governments such as Venezuela or Iran, where crypto is hailed as a way to evade international sanctions, the Russian government treats it as a menace, explained Rambousek.

“Russia has a long track record of cyberwarfare like hackings or political bots,” he said, “but the Kremlin doesn’t have a history of using it to pursue its goals. To the relatively old, 90s-crafted class of senior officials, this is a threat rather than an opportunity.”

That means that activists can use Bitcoin to stay one step ahead of governments.

“Human rights activists should learn about using Bitcoin before their governments do,” said Gladstein, who leads the Human Rights Foundation’s fund for open-source Bitcoin development. “We want them to be on the leading edge and have the advantage moving forward.”

If Navalny ever becomes the Russian president, it will be interesting to observe whether his government embraces the crypto that once aided him.